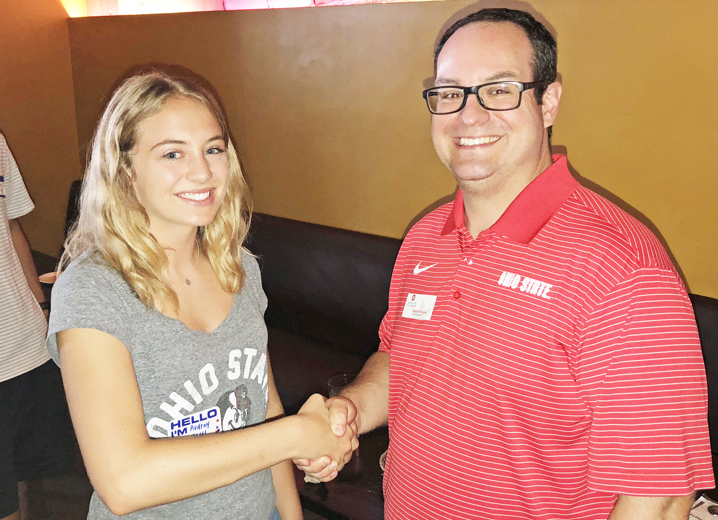 Audrey Trell is recognized by OSULA Interim President Ryan Whitacre as the club's 2018-19 Scholarship Recipient at the OSULA Buckeye Student "Summer Send-Off" Reception for Southland-based high school graduates who are continuing their education this fall at THE Ohio State University. 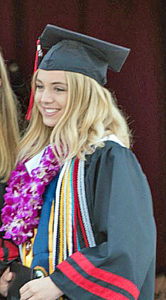 LOS ANGELES (July 25, 2018) – Audrey Trell of Palos Verdes Estates, Calif., has been selected as the 2018-19 scholarship winner of The Ohio State University Alumni Club of Los Angeles (OSULA), it was announced today by OSULA Interim President Ryan Whitacre.  A Palos Verdes High School graduate, Trell has been awarded a $5,000 scholarship from OSULA towards her studies that begin this fall at OSU’s Columbus campus.

“The Ohio State University Alumni Club of Los Angeles is very pleased to announce Audrey Trell of Palos Verdes High School as our 2018-19 OSULA Scholarship recipient,” says Whitacre.  “Audrey stood out to our selection committee for her commendable work both in the classroom and in the community as well as her lifelong Buckeye passion.  We are pleased to see her continue her studies at Ohio State next year and look forward to her continued success in the years to come.”

A valedictorian among her PVHS graduating class of 462, Trell posted an accumulative grade point average of 4.73 during her impressive high school career.

While Trell grew up in California, she actually is a Buckeye native and has a family of Buckeye fans who helped guide her decision to leave the comfy confines of sunny Southern California for a collegiate career in the four-seasons climate of Central Ohio.

Audrey was born in Columbus, Ohio, and lived there nine months before her family moved to the Golden State. Her father Shawn graduated from Upper Arlington High School, and her mother Julie is an Akron/Canton native who received her bachelor’s and law degrees from Ohio State.  Her grandfather Eugene also has been a Buckeye football season ticket holder for the past 50 years.

“I want to attend Ohio State because I love Ohio State,” says Trell.  “Some of the most vivid memories I hold from my childhood are chanting “O-H-I-O” and waving my arms in the air during the Ohio State football games.  I was indoctrinated at a young age to say, “THE Ohio State University,” to not bring up “that team up north” at family dinners, and to love being a Buckeye.

“From a young age, celebrating Ohio State has become a part of my character,” she adds.  “As I’ve grown older, I’ve learned to respect Ohio State as an academic institution and as the place I see myself continuing my undergraduate education.  I am excited about attending Ohio State and having it play an integral role in my personal and educational growth.” 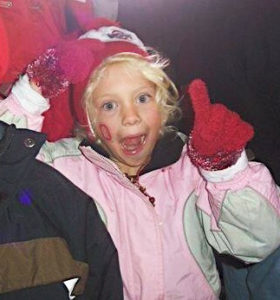 Not just a dedicated student, Trell found time to be tutor, mentor and volunteer, as well as four-year performer on her school’s song dance team, her final two years on the varsity squad. She also was a three-year member of the school’s broadcast journalism program, serving as executive producer of Open Orchards Productions as a senior, and a three-year member of her school newspaper’s editorial staff, serving as editor of The Point her senior campaign.

As if her plate was not full enough, she founded her PVHS’s Habitat for Humanity Campus Chapter as a sophomore, and participated for three years in building events and donation drives to advocate for affordable housing on behalf of Habitat for Humanity of Greater Los Angeles.

“Ever since I met Audrey, I could tell she is a young lady that is going to make a difference in the world,” says PVHS School Counselor Christina Sunada.  “Last year she was at the top of my list for Girls State.  I knew that she would love the opportunity to go to Sacramento and help create and implement new laws and learn more about political issues going on in our country and state.  I am happy to say Audrey did enjoy her time and hopes to continue to be a part of change in this country.

“I know that Aubrey is going to be a great addition to your campus,” adds Sunadra, regarding Trell’s decision to attend Ohio State.  “Her passions will only grow and continue to create change on your campus and our country.”

At Ohio State, Trell’s initial plans are to be a political science major as an undergraduate, with a law degree in her sights.

“My time at California Girls State influenced my fascination with politics,” explains Trell.  “My ability to enact change within the program encouraged a sense of confidence in my ability to become a successful political science major.

“I believe Ohio State is the ideal school to study my specific major, being that Ohio is a swing state and critical in all elections,” she continues.  “The resources available in a city such as Columbus are unrivaled.  I am drawn to the large student body of Ohio State.  I believe a big school opens doors to so many opportunities and connections.”

While she will be based in Columbus throughout her college career, and heading back to Southern California on breaks, she does not expect to limit her experiences to the Midwest and the West Coast.

“I want to travel abroad in order to become a globally minded citizen,” she concludes.  “In addition, I intend on continuing to write for a publication.  Hopefully I will find my voice as a political science major and be able to articulate my point of view.  I believe these experiences and the practice of learning how to communicate with others and accurately represent myself will contribute to long-term success as a lawyer.” 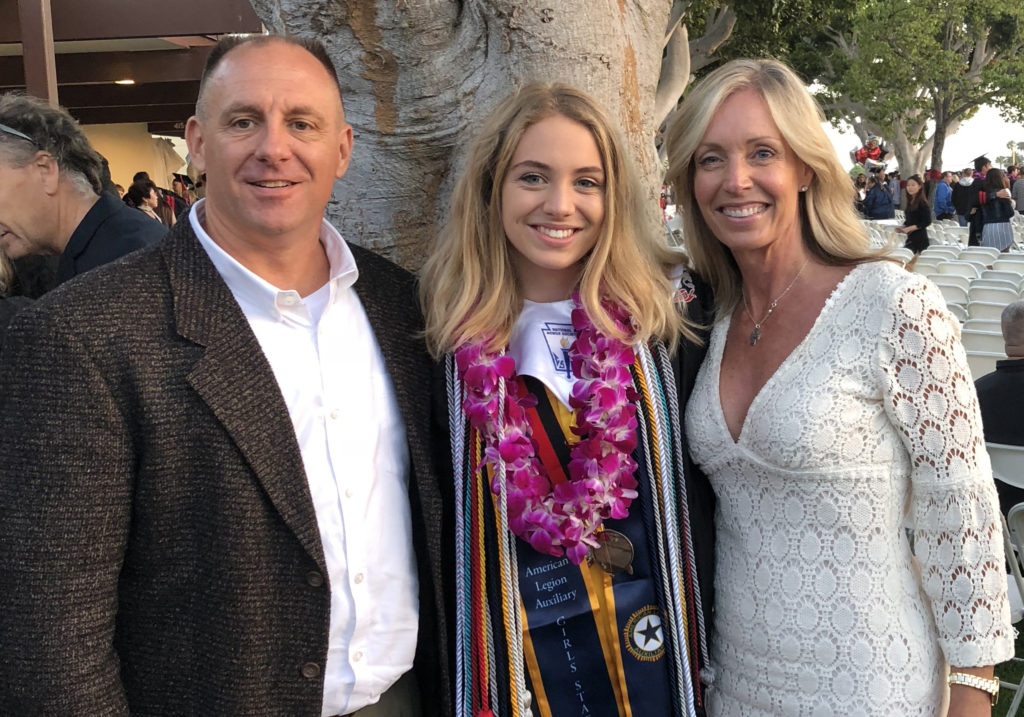 ABOUT OSULA: Serving Buckeye alumni in Los Angeles, Riverside, San Bernardino, Santa Barbara and Ventura counties in the Greater Los Angeles area, OSULA is committed to providing students from Southern California the opportunity to sing the praises of Ohio State. Its student recruitment committee visits young students each year in an effort to attract top students to Ohio State. Most importantly, OSULA awards scholarships each year and several years ago established an endowed scholarship in the club’s name. OSULA accepts tax-deductible contributions to the OSULA Scholarship Fund, and anyone interested may send a check (made payable to The Ohio State University) to OSULA, 12617 Meadow Green Rd, La Mirada, CA 90638. Thank you for supporting The Ohio State University and OSULA. @OSU_LA @OhioState @OhioStateAlumni #BuckeyeForLife