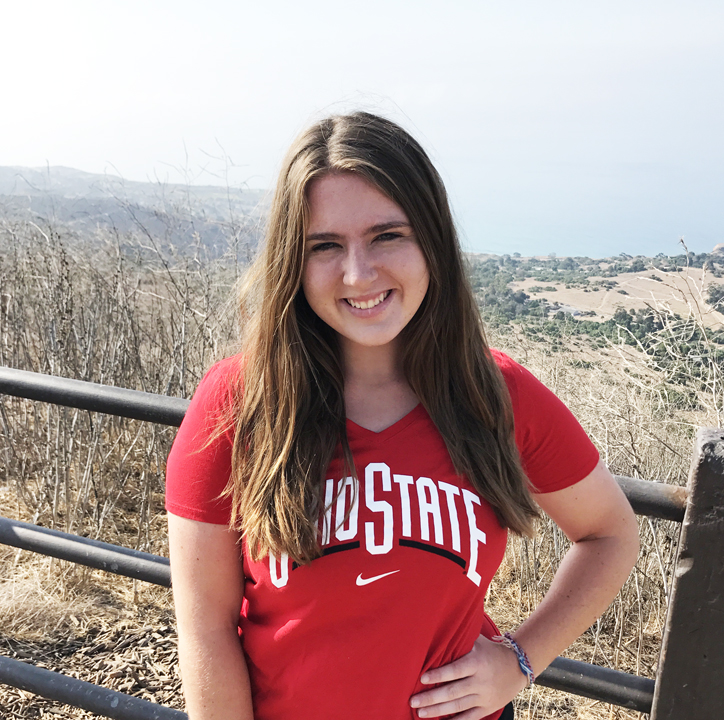 “Jenna Henry is an exemplary individual, not only as a high school student, but in her community as a whole and we couldn’t be more excited to select her as our 2017-18 OSULA Scholarship recipient,” says OSULA President Maurice Hall, former Buckeye running back and key member of the 2002 Ohio State national championship team. 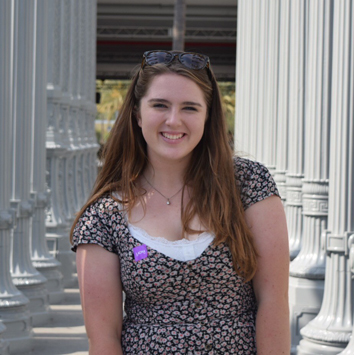 While Henry does not have direct family ties to Ohio State, all of her college applications went to Big Ten Conference schools.  Even with a bias toward Wisconsin from her Badger-graduate father, she will not be following in his footsteps to Madison, Wis.  She credits great experiences enjoyed during two spring break visits to Columbus for solidifying her choice to be a Buckeye.

“The Ohio State University is incredibly diverse, something I treasure about my high school, and being in an environment that celebrates our differences is a place I want to continue to be a part of,” reflects Henry on her college decision.  “Beginning with my campus visit last year, OSU has consistently made me feel like I am a part of the Buckeye community, something I haven’t found at any other university. OSU is everything I love about my high school and much, much more!”

It also turns out Ohio State’s College of Nursing is a great match for her career path, as Henry’s impressive community service record has included her participation in a weekly volunteer program at Providence Little Company of Mary Medical Center in Torrance since the fall of 2015.

“OSU has one thing that I find extremely important, a nursing program on the main campus,” explains Henry.  “After visiting the campus and researching the nursing program, I knew that Ohio State would be a great fit, since it will let me pursue my dream career and has many extracurricular activities that I am extremely excited to get involved in.

“Pediatric health has become a passion of mine and organizations such as A Kid Again at Ohio State, Be the Match on campus, and Buckeye Student Nurses Association allows me to begin making a difference in a field I love before even starting my career,” she adds. “I get to be involved in all of these career-related clubs while studying at a top university!”

While many college students enter their freshman year with only a vague idea of what their major might be, much less their ultimate career goals, Henry’s work at Little Company of Mary has given her clearly defined goals at a very early age. 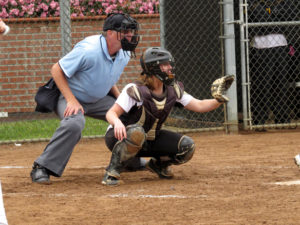 “I want to be a nurse in the pediatric oncology department because the nurses are so much than their job description; they are there to help the kids understand what is going on inside their bodies,” Henry says.  “One of my favorite things about kids is their positivity, which can easily be lost when they have to spend months at a time inside the walls of a white, sterile hospital. I want to be there to keep them smiling, to keep their spirits up, and to make sure laughter and love fills the air in the hospital. I want to show them that no matter their situation, there is always something worth smiling about. I want my patients to feel a little more like a kid again and want to make them feel comfortable in the hospital, not somewhere they dread going.”

Henry was member of the National Honor Society her junior and senior years and a four-time California Scholarship Federation and Presidential Service Award recipient at Palos Verdes Peninsula High School.  In addition, she was a high school athlete, competing in water polo one year and softball all four years.  Growing up with a background in sports, Ohio State’s athletic program certainly did not go unnoticed when she was making her decision on what college to attend.

“OSU has outstanding athletics; it’s undeniable,” admits Henry.  “Game day brings together not only all of OSU, but also Columbus. It’s the time that hundreds of thousands of fans across the nation come together as one. Cheering in the student section decked out in scarlet and gray will be something I will treasure.

“At OSU, I will be a part of the J. Michael Dunn Sport and Wellness Scholars program,” she continues. “Since sports have been a huge part of my life from the moment I started softball and soccer at age six, being able to live and study amongst my peers who share this love for athletics, health, and wellness would be amazing.”

While she clearly has done her homework and is ready for her first semester at Ohio State, the Columbus campus may not exactly be ready for this native Southern Californian, at least in terms of her dancing creativity.

“Volunteering has been a major part of my life and OSU has hundreds of opportunities to be involved in my local and global community, including BuckeyeThon,” concludes Henry.  “Not only will I get to raise money for pediatric cancer, the cause I plan to dedicate my life to, but I will also be whipping out my dorky dance moves such as the dysfunctional disco, broken sprinkler, and groovy shopping cart.”

To be competitive with incoming freshmen like SoCal’s Jenna Henry and to keep up his reputation, Brutus Buckeye may have to step up his dance game.

ABOUT OSULA: Serving Buckeye alumni in Los Angeles, Riverside, San Bernardino, Santa Barbara and Ventura counties in the Greater Los Angeles area, OSULA is committed to providing students from Southern California the opportunity to sing the praises of Ohio State. Its student recruitment committee visits young students each year in an effort to attract top students to Ohio State. Most importantly, OSULA awards scholarships each year and several years ago established an endowed scholarship in the club’s name. OSULA accepts tax-deductible contributions to the OSULA Scholarship Fund, and anyone interested may send a check (made payable to The Ohio State University) to OSULA, 12617 Meadow Green Rd, La Mirada, CA 90638. Thank you for supporting The Ohio State University and OSULA. @OSU_LA @OhioState @OhioStateAlumni #BuckeyeForLife