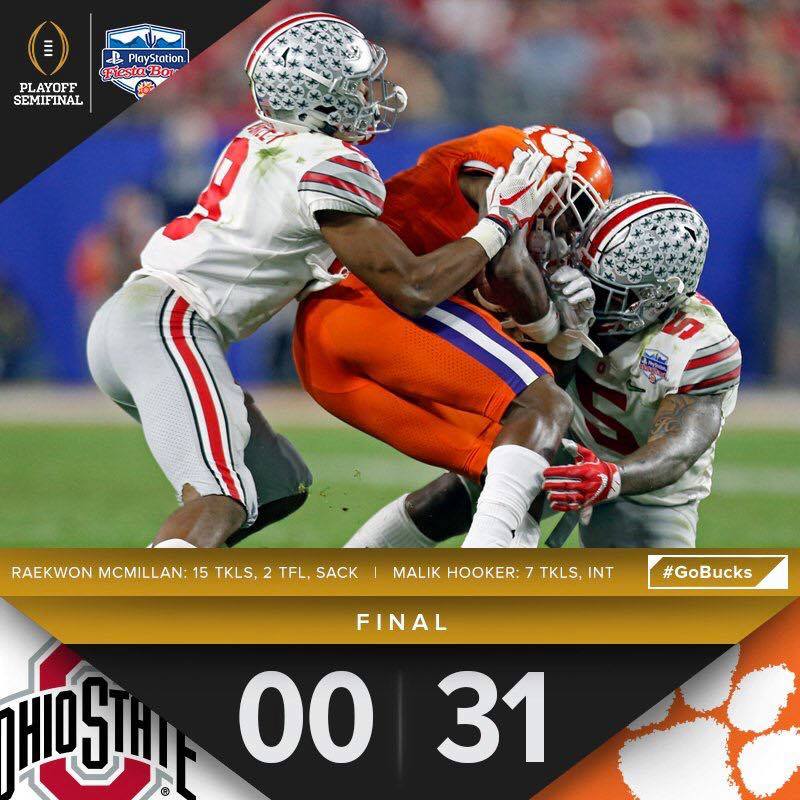 GLENDALE, Ariz. (AP) Deshaun Watson ran for two touchdowns and threw another and No. 3 Clemson defeated No. 2 Ohio State 31-0 Saturday night in the Fiesta Bowl to set up a rematch with Alabama for the College Football Playoff national championship.

Tigers coach Dabo Swinney had sold his team on making this a redemptive trip to the desert by winning at the site where they lost to Alabama in the national title game last season. With that taken care of, Clemson (13-1) now gets another crack at the top-ranked Crimson Tide in Tampa, Florida, on Jan. 9. The teams that started the season ranked Nos. 1 and 2 will most certainly ended it that way, too.

Freshman Clelin Ferrell had a sack among his three tackles for loss and Clemson allowed only 215 yards and nine first downs. The Buckeyes were shut out for the first time since 1993 against Michigan and Urban Meyer had one of his teams held scoreless for the first time in 194 games as a head coach.

Watson made it 24-0 with 2:06 left in the third quarter when he faked a pitch, cut through a hole and into the end zone from 7 yards out. 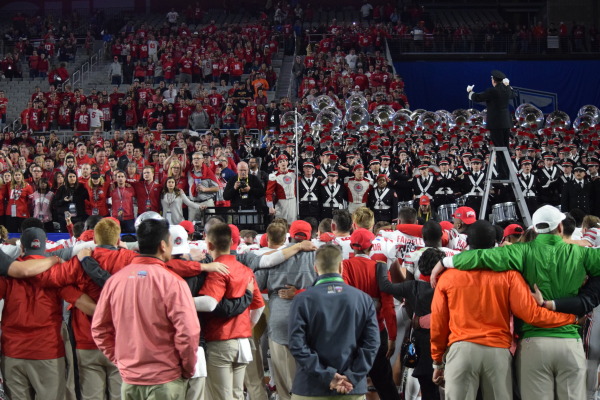 The Buckeyes players and coaches thank the Best Fans in the Land after the Playstation Fiesta Bowl.