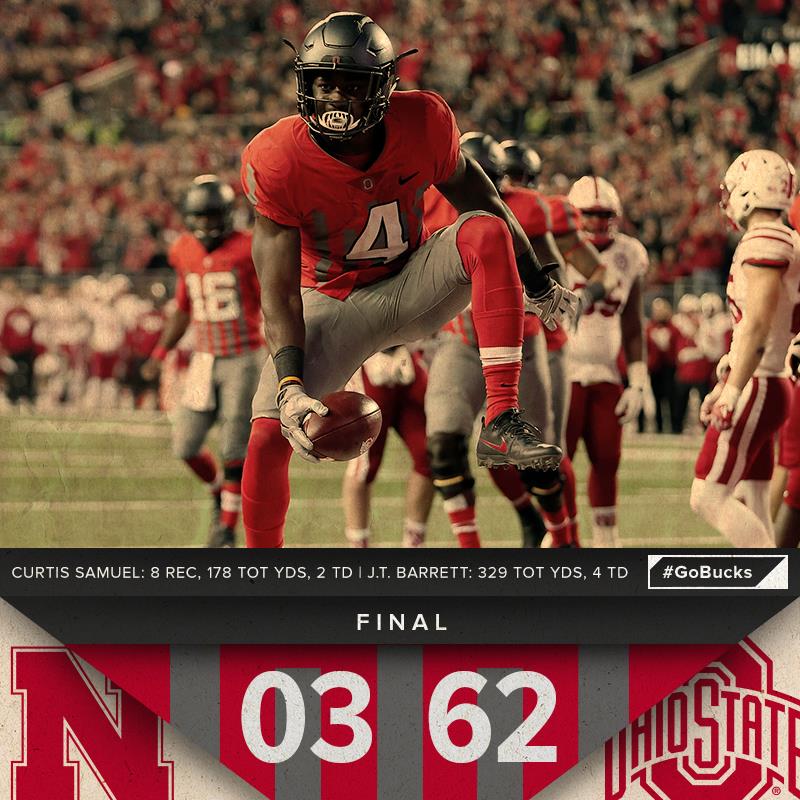 H-Back racks up 178 yards and two touchdowns in romp — 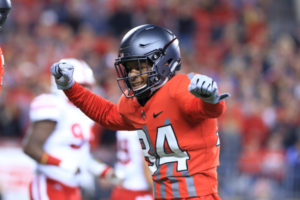 COLUMBUS, Ohio (AP) – (Nov. 5, 2016) — Urban Meyer seemed to be feeling pretty good about his team in the week leading up to Ohio State’s game against Nebraska.

Despite three previous weeks of tight games – including a stinging loss – spotty offense and a general lack of ”explosiveness,” the Buckeyes coach exuded confidence.

The Buckeyes expected another tight tussle with the tenth-ranked Huskers. Instead, they scored one of the most dominant victories in the storied history of the program.

Curtis Samuel had 178 yards from scrimmage and two touchdowns, including a 75-yard touchdown reception on Ohio State’s first play of the second half, and the sixth-ranked Buckeyes pounded Nebraska 62-3 on Saturday night.

”There was a sense of urgency about everything we did,” defensive end Sam Hubbard said. ”If somebody made a mistake in practice we did that rep. It was just intense focus all week long.” 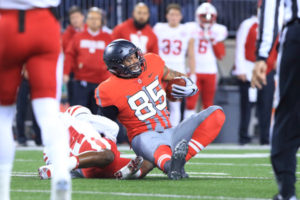 ”I didn’t see this one coming,” Meyer said. ”It is a little relief to know that right now I saw some explosiveness that we kind of have been lacking in some positions.”

Damon Webb got it started with a 36-yard interception return for a touchdown on Nebraska’s first drive of the game. J.T. Barrett led three long touchdown drives, including a 15-play, 85-yarder that ended with 1-yard jump TD pass to Samuel with 3 seconds left in the half. 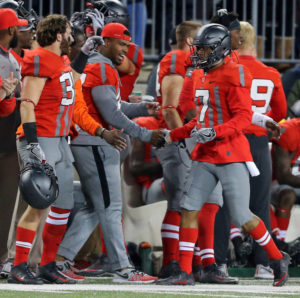 Webb’s pick-six was Ohio State’s fifth of the season, setting a school record. In the third quarter, Malik Hooker added another one from 48 yards out.

Ohio State: The Buckeyes face Maryland in the first of two straight away from Ohio Stadium. Ohio State’s next home game is Nov. 26 against No. 2 Michigan.