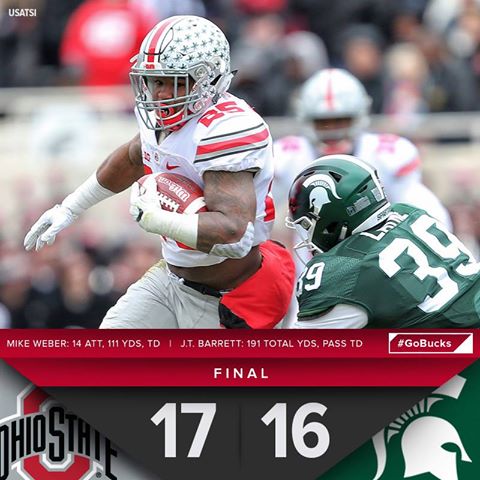 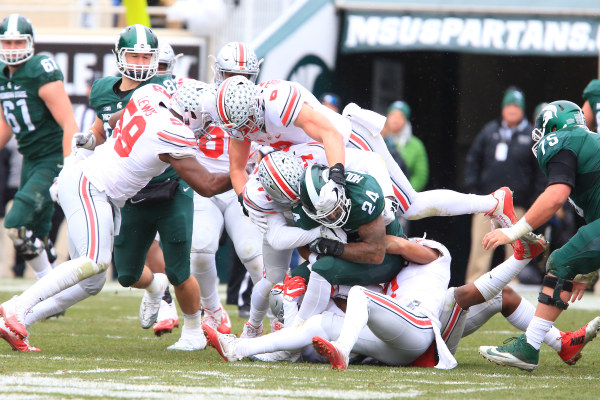 Ohio State (10-1, 7-1 Big Ten, No. 2 CFP) can now move on to next weekend’s showdown with rival Michigan, but only after withstanding a spirited challenge from a Michigan State team that derailed the Buckeyes’ national title bids in two of the previous three seasons. The Spartans (3-8, 1-7) were down 17-10 when LJ Scott scored on a 1-yard run with 4:41 to play. Michigan State went for the lead, but Tyler O’Connor’s pass on the 2-point conversion attempt was intercepted in the end zone.

”I think they’re tough and they shot everything at us today,” Ohio State coach Urban Meyer said.

Michigan State coach Mark Dantonio said he’d planned all week for the Spartans to go for 2 if a situation like that came up.

”They had us covered up on that particular play,” Dantonio said. ”So good job by them.”

The Spartans got the ball back one more time, at their own 20 with 2:04 remaining. Tyquan Lewis sacked O’Connor on the first play, and then Gareon Conley intercepted him on the second.

Scott ran for 160 yards and also scored on a 64-yard catch-and-run in the first minute of the game, but the Ohio State defense didn’t allow much more after that. J.T. Barrett threw a 24-yard touchdown pass to Curtis Samuel in the first quarter, and the game was tied at 10 at halftime.

Weber’s 4-yard TD run in the third gave the Buckeyes the lead for good.

Ohio State: The Buckeyes have lost only once in their last 12 meetings with Michigan. Ohio State will be at home next weekend, where it has not lost to Michigan since 2000. 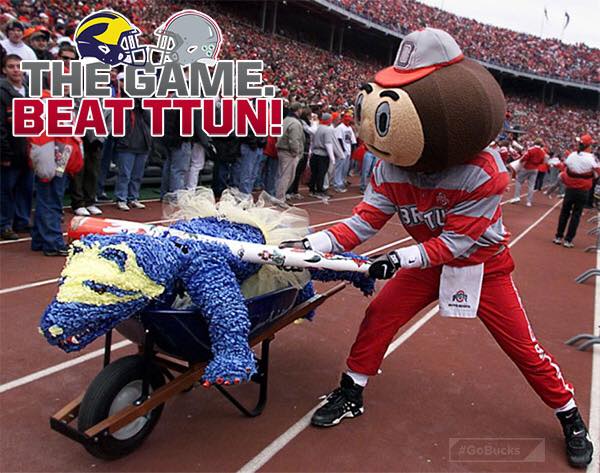